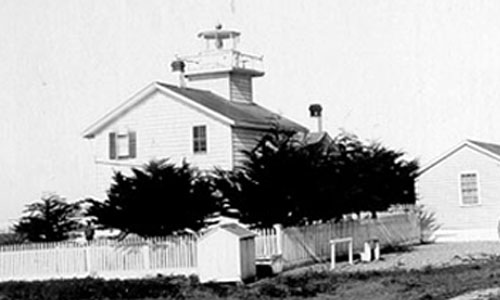 There was a tragic accident on February 28, 1965, a young 18 year old by the name of Mark Abbott drowned while body surfing in the waters near Pleasure Point, three miles east of Point Santa Cruz. Mark’s parents, Chuck and Esther Abbott, shortly after the accident received a $20,000 life insurance payment. Remembering that Mark had enjoyed the lighthouses seen during their family vacation along the Oregon coast, the Abbott's decided to use the insurance money to donate a lighthouse to the city in honor of their son. Five years earlier, the city had purchased all of the lighthouse property except for the area immediately around the still active wooden Coast Guard tower. In 1967, the brick Mark Abbott Memorial Lighthouse was built adjacent to the wooden tower that it would replace. The lantern room from the decommissioned Oakland Harbor Lighthouse was used atop the new lighthouse, and Mark’s ashes were buried at the base of the tower. (Badly corroded, the lantern room was replaced in 1996.) Since 1986, the small lighthouse has been home to the Santa Cruz Surfing Museum. Once again, Santa Cruz is home to a lighthouse filled with display pieces that can readily be seen in the waters surrounding the point. 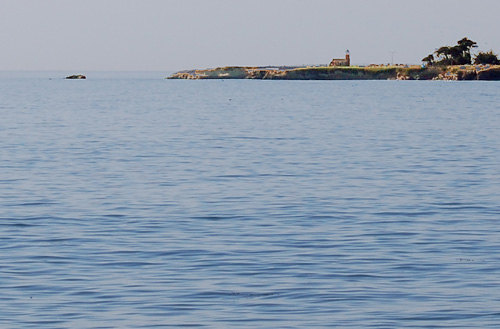 Here are some shots of the lighthouse 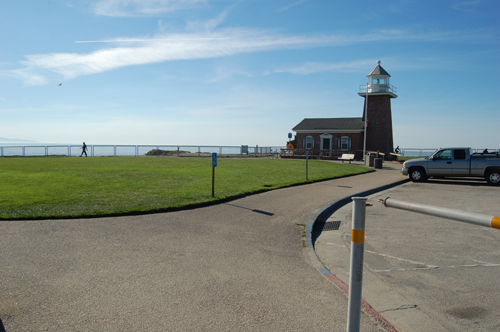 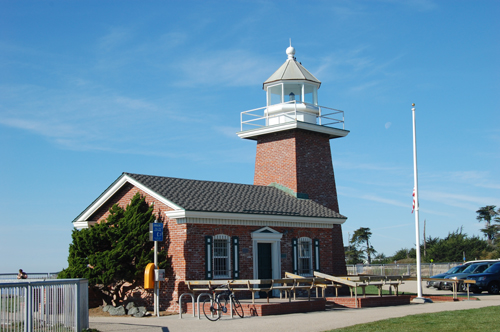 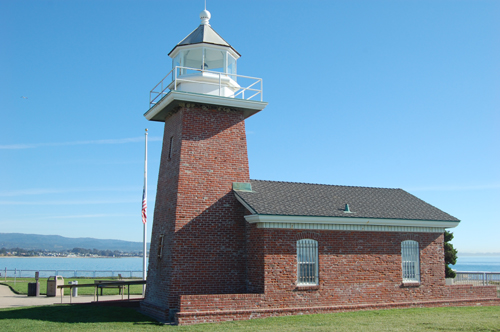 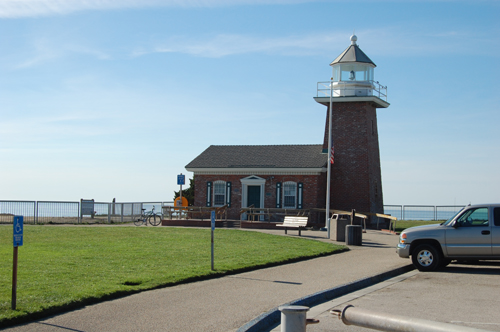 Inside is a surfing museum 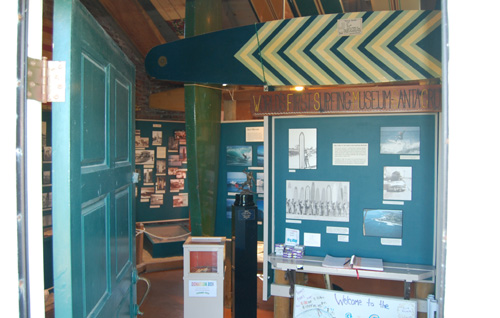 A look along the coastline north of the lighthouse 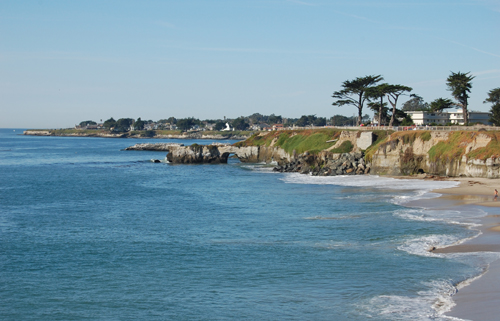 Travel Directions:
In Santa Cruz Highway One becomes Mission Street. Continue on Mission Street and at the Safeway Store...
Turn South on Almar Ave. (Toward the Ocean), Continue down Almar until it dead ends into West Cliff Dr.
Turn left on West Cliff Dr. Just a short distance you will see the brick lighthouse on the right.