On the California coast, just 25 miles south of San Francisco, sits the Point Montara Fog Signal and Light Station established in February 1875. It originally had a kerosene lantern, but was upgraded in 1912 to a fourth order Fresnel lens. The current tower was first erected in 1881 in Wellfleet, Massachusetts as the Mayo Beach Lighthouse. In 1925, the cast iron tower from the discontinued Mayo Beach Light was disassembled and moved to Yerba Buena. It was moved and rebuilt as the Point Montara Light station in 1928, where it stands today. The lens was transferred to the San Mateo Historical Society when the lighthouse was automated in 1970, and is currently on display at the library at the College of Notre Dame in Belmont, California. The lighthouse is open to the public, and is the site of a hostel.

The historic lighthouse and turn-of-the-century buildings have been preserved and restored by Hostelling International - American Youth Hostels and California State Parks, in cooperation with the U.S. Coast Guard.

The Lighthouse is very close to where you park off Highway One so it is easy to decide what warm clothing to wear and if the temperature does change during your visit the car is not far away.
The hostel grounds are open from 7:30 a.m. to sunset. The hostel requests that you stop by the office before visiting the grounds.

Look for this sign on the west side along HWY 1

Walking up toward the Lighthouse 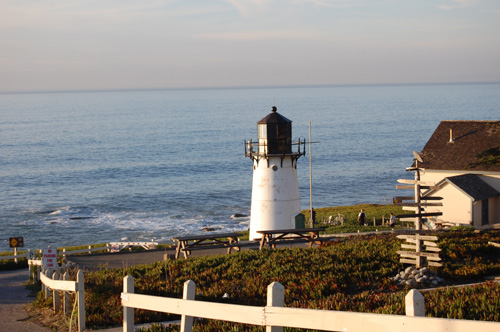 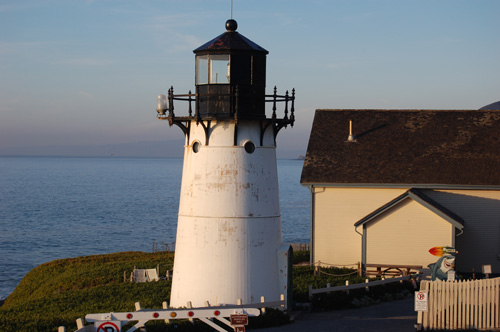 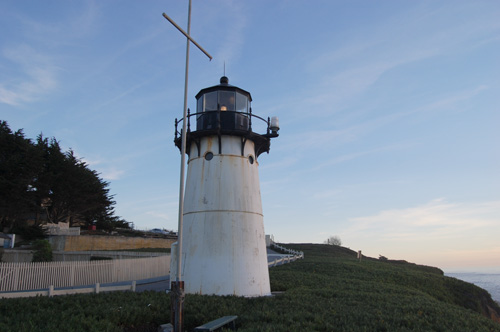 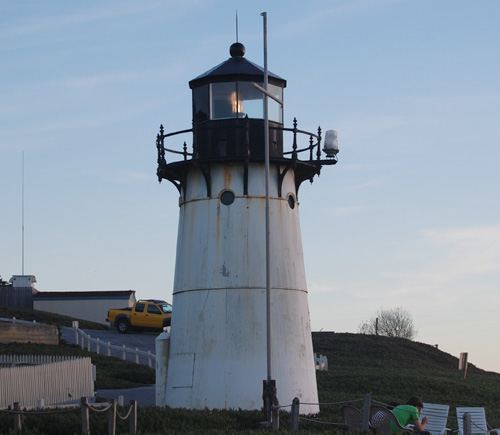 A close-up look at the current light in the lighthouse 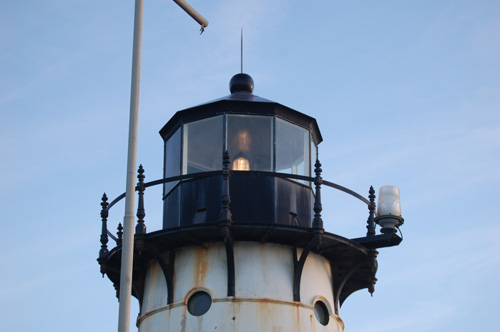 The Lighthouse and the Fog Signal Annex 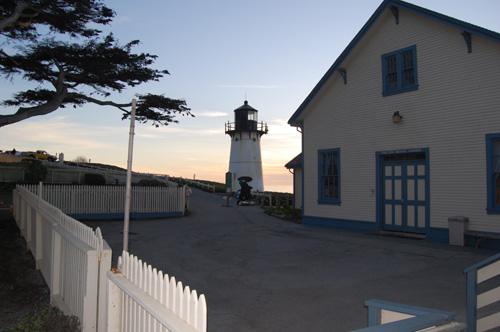 It was starting to get a little dark while we were there. 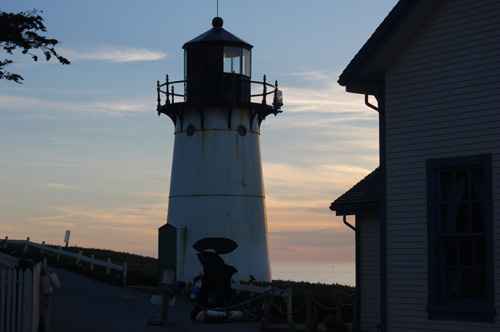 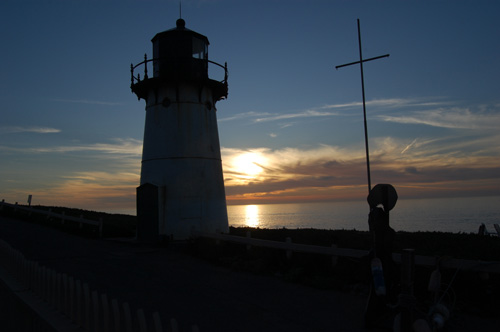 Travel Directions:
The Montara Light Station is located 25 miles south of San Francisco and seven miles north of Half Moon Bay. One-half mile south of Montara, look for the sign for the lighthouse on the west side of Highway One.