Point Bonita’s first lighthouse was built in 1855 higher on the hill but the beacon was often cloaked in fog. In 1877, the lighthouse was moved to its current location at a lower elevation. Situated below the usual fog line, its beam is more consistently visible – up to 18 miles offshore.

Just below the lighthouse is a fog signal building that was built in 1903. When low-lying fog obscures the light, the fog signal sounds a warning.

Three months after the 1855 lighthouse began operating, a surplus army cannon went into service as the West Coasts first fog signal. Emplaced 180 feet above sea level on a bluff to the north, it was to be fired every half hour during bad weather. The fog gun keeper retired Sergeant Edward Maloney, had been on the job less then two months when he complained in a letter, “…I cannot find any person here to relieve me not 5 minutes. I have been up 3 days and nights, had only 2 hours rest. I asked Mr. Colson (the lighthouse keeper) to relieve me for a little time, but he told me he could not. I was nearly used up…”

A fog bell replaced the gun a year later. In the early 1870s, steam-powered fog sirens were installed and relocated to the fog-signal building adjacent to the lighthouse in 1903.

The automated foghorn used today is the modern successor of these earlier generations of signals.

There is a walk to the lighthouse of about a half mile with the path at points getting rather steep. There was not a big temperature change when we arrived at the lighthouse.


From south of the Golden Gate Bridge traveling north.

Look for this sign along the side of Field Road. 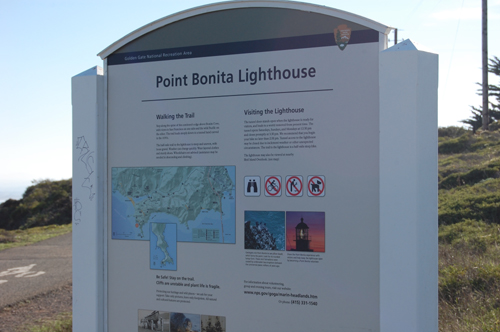 From the road there is a good hike of about a half mile on the trail you see
in some spots it gets quite steep. At one point the trail goes through the mountain 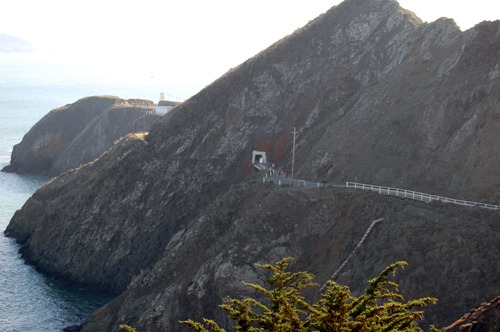 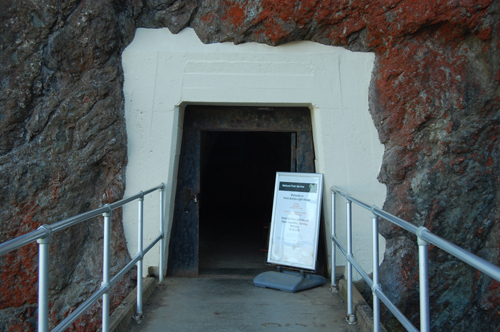 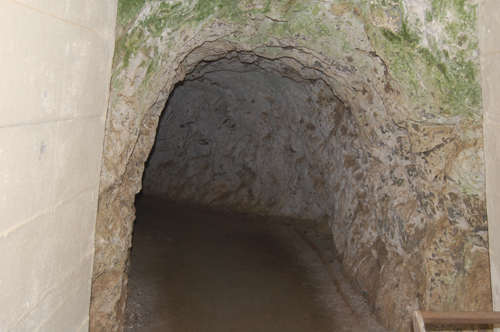 You get several beautiful views of the lighthouse as you walk the trail. 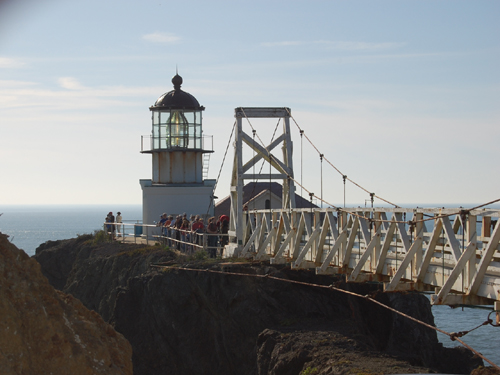 There are also several places you get a wonderful view of the Golden Gate Bridge
In this photo you can see Alcatraz Island in the distance under the bridge. 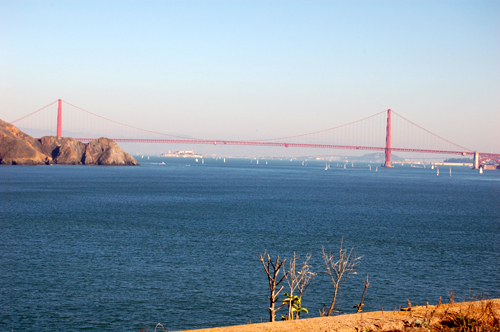 You walk across a narrow suspension bridge to the lighthouse
only two people are allowed on the bridge at one time. 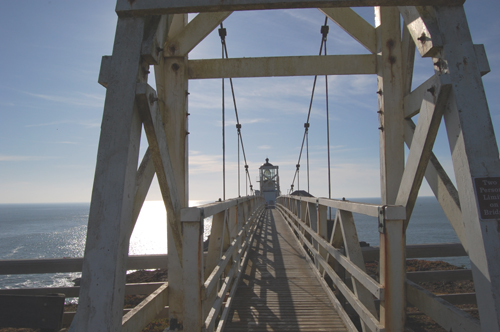 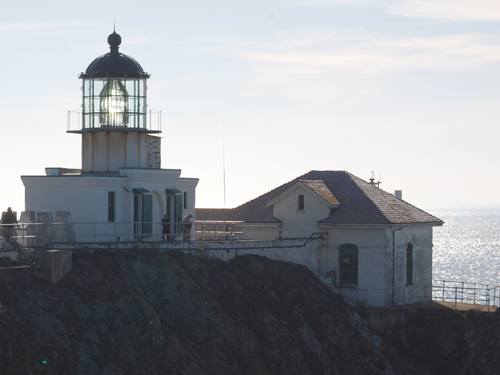 A close look at the lens of the lighthouse 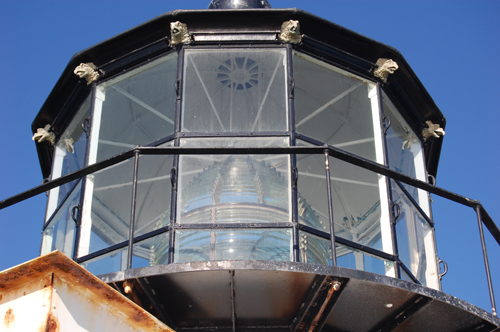 You can go inside the lighthouse but not up to the light itself. 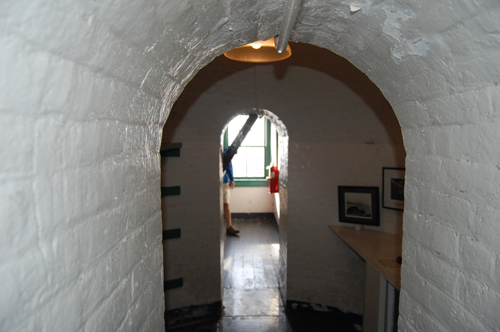 Another shot of the lens. 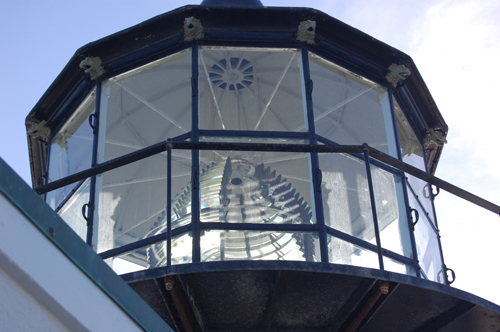 The seascape at the lighthouse is beautiful also. 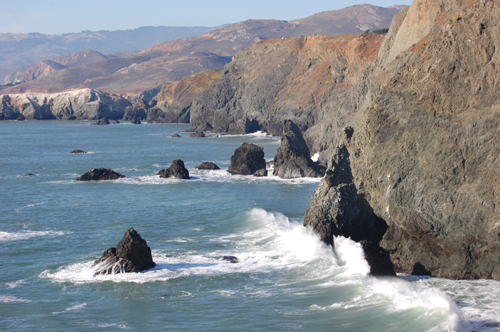